Rapid Prototyping – Unlocking the What, Why, Types, and How 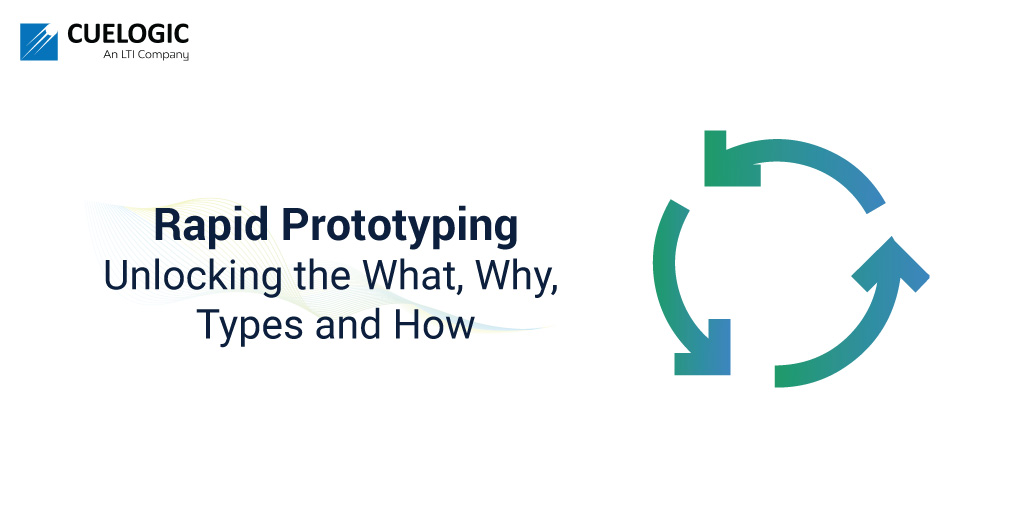 Home > Rapid Prototyping – Unlocking the What, Why, Types, and How

What is Software Rapid Prototyping?

It is an approach to developing software that focuses on fast, iterative development cycles. The aim of rapid prototyping is not to deliver a final product but to understand the strengths and weaknesses of the proposed technology solution. It is usually more of an adaptive process than a planned project.

Since the prototype renders a simulation of how the final product is intended to work, this software development method allows teams to test the usability and feasibility of their products early in the development cycle.

Rapid prototyping is often used for software development, but can also be applied to any other kind of engineering or product design.

Rapid prototyping has become increasingly popular among modern developers, along with agile programming methodologies. It helps them better understand their customers’ needs and shorten the feedback loop between developers and their clients by proving the idea with a working prototype.

Many experts agree that rapid prototyping is one of the keys to success in today’s fast-paced business environment.

If you are wondering how to do incorporate rapid prototyping into your team’s software development process, read on for some practical advice that will help you deliver your next big project on time and under budget.

Why is Rapid Prototyping Important?

Within technology companies, a significant focus lies in project planning, which includes stages like ideation and budget allocation. However, development feasibility is considered to be the job of the software developer, who can only work out the potential problems once they are formally allocated to a project and task.

In Rapid Prototyping, the primary goal is to validate product solutions before a tangible product is developed.

Software prototyping invites user feedback by focusing on building an interface for the end-user to interact with.

Rapid prototyping allows teams to gather feedback during a project’s research phase, helping teams develop solutions that are more likely to succeed with the end-users.

As stated by the famous architect, Frank Lloyd Wright, “It’s easier to use an eraser on the drafting board than a sledgehammer at the construction site.”, implying it is earlier to learn and adapt to user feedback during the rapid prototyping phase rather than the development phase.

There are two scenarios where rapid prototyping is recommended:

A. To validate design concepts.

By allowing focus groups from the target demographic to use the product, teams can understand how users would prefer to use a product. Once user interface requirements are understood, the design concepts can be revised accordingly.

B. To test the usability of a product.

What are the Key Steps in the Rapid Prototyping Process?

In the prototyping phase, teams develop prototypes that are essentially visual representations of the proposed final product.

Teams can choose how they wish to present their idea, opting for low- or high-fidelity prototypes. The main priority would be for the development team to cover all the basic requirements of the product.

Stakeholders and focus groups with members of the target audience are invited to try out the functional prototypes and share their thoughts and opinions.

The design and usability are the primary criteria for the evaluations.

Teams use the feedback received to improve their prototypes or alter their design concepts as required. Once they complete their next development cycle, they invite their audience to share their feedback again.

This process continues for multiple iterations until all the stakeholders are satisfied with the proposed solution.

For teams to be able to gain from the benefits of rapid prototyping, they need to meet certain conditions:

Principles of Prototyping for Software Development:

One of the key principles in prototyping is the Pareto Principle, also called the 80/20 rule.

The Pareto Principle states that 80% of the consequences come from 20% of the causes in almost all situations.

For prototyping, teams can bear this in mind and choose to focus on the most significant 20% of their proposed features.

This can especially be beneficial for teams with a limited budget.

For instance, for a banking application, a prototype would need to include the basic features of checking account balance, transferring money and paying bills. On the other hand, features such as a customer’s spending trend analysis can be considered irrelevant for a prototype.

In simple words, a prototype can be called a representation of the product design. Based on what the product team needs to test, they can create a prototype for the entire application or just the one given function.

Prototypes can mainly be categorized as per their fidelity. The fidelity of a prototype measures how realistic and detailed it is.

Fidelity can be measured for a prototype’s visual design, content, and interactivity.

Based upon the fidelity, prototypes can be classified into two categories:

Low-fidelity prototypes are quick prototypes that mainly aim to test the functionality of a solution rather than the visual design.

Since low-fidelity prototypes are not necessitated to look like the final product, they can be represented simply in a short period of time.

Paper prototypes are based on hand-drawn representations of the different screens that represent user interfaces of a product.

Despite being a simple technique, it can be beneficial in the earliest stages of product design as an initial prototype, when teams need to explore various ideas and refine them over multiple iterations.

The Benefits of a Low-Fidelity Prototype:

High-fidelity prototypes have a look-and-feel close to the actual proposed product. Such prototypes are created when teams clearly understand the requirements and need to test the product with real users.

They are usually created for high-stakes projects.

Test-users should not be told they are interacting with a prototype to collect legitimate prototype feedback. If they believe they are testing a prototype, they could enter a ‘proactive suggestion’ frame of mind instead of providing genuine reactions.

There are several reasons why teams should incorporate high-fidelity prototyping into their software development journeys:

While the benefits of using such prototypes are significant, there are a few disadvantages to this type of prototyping:

Whether teams choose to design high-fidelity or low-fidelity prototypes, they will experience many benefits from the added steps.

Some of the benefits are:

Since creating a prototype is more cost-effective than developing the actual product, prototyping helps teams explore new ideas without significant fear of failure.

The later in the development process a team realizes the limitations of their selected technology, the higher the impact of the realization. For example, it may become too late to change a technical architecture decision if a team has worked on it for too long.

By working in short cycles, teams work more efficiently to improve the core design of the product. In addition to improving the design quickly, the marked progress allows teams to pitch for increased buy-in from stakeholders and investors at an early stage.

In most big projects, the backlog of items is large, and the team size is small. As a result, every feature, page and function cannot be prototyped. Rapid prototyping ensures that the team prioritizes the features that will have the highest impact.

This makes teams concentrate time and resources on significant components.

The design Stays Focused on the End-User:

With its focus on end-user testing, rapid prototyping prioritizes usability and customer experience from the start of the project. In addition, the early feedback helps to refine the design and reduces the probability of the development becoming delayed due to later requests for major changes.

Rapid prototyping will often give rise to results that meet expectations. This is particularly true when compared to the waterfall methods of development, in which end-user testing comes in at a much later stage.

Important Customer Journeys can be Tested:

Promotes Collaboration among the Project Team:

Compared to development, the low cost of prototyping signifies that teams that use rapid prototyping reduce their project risk. Frequent early feedback from test-users and stakeholders indicates issues that can derail the project are identified and resolved before the business invests more finances.

The use of iterative prototypes accelerates the speed at which teams can develop a product. The fast pace of this development approach implies businesses may profit from being first to market and the expanded market share that comes with it.

By getting to market quicker, businesses start to recover their development costs earlier, and a faster development will presumably cost less in terms of resources.

Rapid prototyping can be an invaluable tool for product development teams to save on time, effort, and money. With validated feedback from end-users who interact with the prototypes, teams can be assured that their product will succeed in the market.

Therefore, the question of whether it is worth it to invest in the creation of prototypes should be answered with another question: is it worth it to release a product into the market without testing the assumptions made?

Although the rapid prototyping process can add time to the product development lifecycle, the benefits significantly outweigh the time taken.

Metaverse: The Digital Dimension  ❯
How Can CX Strategy Help Create New Revenue Streams  ❯
Rapid Prototyping – Unlocking the What, Why, Types, and How  ❯
Explore Categories
Go Back to Main Page❯

Have a tech or business challenge?
We can help!

Flutter VS React Native: A Comparison Based On Criteria

Python vs Java : The programming language fight for dominance

Subscribe to our newsletter to receive the latest thought leadership
by Cuelogic experts, delivered straight to your inbox!

Innovation Lab as a Service